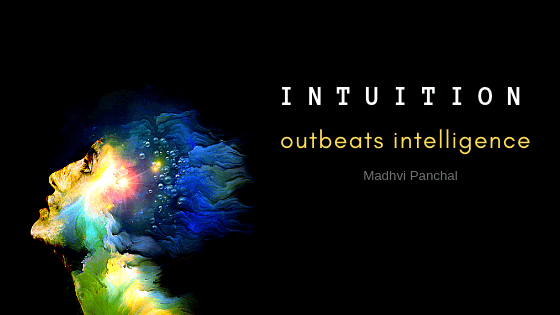 You know without knowing it: INTUITION

How many times has it happened that you think of someone and out of the blue that very person calls you up or leaves a text leaving you in a merry surprise? Consider this, while conversating with your loved one, at times you already get the hint of what the corresponding person is going to talk about even though it was never mentioned to you before in neither hints or signals by them! Another situation, have you lost a valuable item about which your ‘gut-feeling’ was telling you a while ago to keep it back in a safe place as something was going to happen to it and you didn’t obey it? That knowing of what is going to happen in future without any logical explanation is nothing but your intuition. Also named sixth-sense as it is free from the messages received from the involvement of the five senses of our body. In my words, intuition is sure shot knowing about something without actually knowing it!

How do intuitions help? Gut-feeling is like a non-visual/visual glimpse of what is going to happen or what we should be doing and is never wrong, that too without any logical explanation behind it! It is your inner spirit’s guide to a given situation. At times in some turning points of life, the role of instinct is higher than five senses and if you just go with what your sixth sense tells you, you will see that it is never wrong! For example, buying a new house, apart from best possible locations, amenities and pricing, there is an instinctive need to see if the house ‘feels right’ to stay in. Having asked a lot of married couples on how did they know that their spouse was THE right person to get married to, most of them say ‘you just know it man, it feels right, you get a click’. How is it anything less than possessing an immeasurable power! Reasoning combined with intuitions lead us to make fruitful life changing decisions, of course, if obeyed.

But what happens if we keep ignoring intuitions?

Keep ignoring a person you’re connected to. What happens? That person leaves you and to re-relate with that person becomes difficult, if not impossible. Same applies here. Given the fact that intuitions are beyond involvement of the five senses, they are too precious to be silenced by waiting for radical explanations to it. Intuitions come and go in a matter of seconds, so if you catch it, good for you, else you keep looking for logical reasonings every time and miss out on this power of instinct. The more you miss out, lesser and vague gets the frequency.

Does this mean not to use logic?

To use a sense which does not involve thinking does not mean to give up on thinking at all. It simply needs you to recognize when to believe the hunch you just got or the logic or both. You can’t survive without logic, yet I would say there are lot of happenings around us which logic fails to explain. It’s a miraculous world after all. What do intuitions depend on?

Apart from being most brainy social animal, we’ve been given the priceless gift of inbuilt intuition software. Being born with this instinct, we can either lose, recede or grow its power with time depending on our style of living and majorly depends on the below factors according to me:

The instincts we get come and vanish in matter of seconds. So, if we are not receptive to what the inner mind has got to say, we will not only miss out on it but also will this voice get lower and lower and be difficult to listen to with time. State of mind is directly proportional to receptivity. If the mind is kept peaceful and calmness is practiced regularly, the intuition becomes stronger and the frequency and power gets stronger and stronger with time.

Intuition is immediately followed by the second and third thoughts which are pure logical and they seem more ‘workable’. Workable options are not always THE only best option for a given situation. If the mind is full of clutter, it’s memory won’t be so good to its capacity. And since intuitions pass through the mind real fast, they need to be remembered to be an opportunivore in the first place. There are high chances that the chronological order of the first three thoughts get jumbled in the head.

A high misconception exists of equaling spirituality with religion. Every time I am asked ‘Are you a spiritual person?’, it is followed by the question ‘Which God do you believe in?’. Religion is another path of devotion and spirituality is gaining the transcendental knowledge and practicing total awareness by relying on more aspects than just the five senses of our body. Here, the inner mind is being tried to be kept at an awakened state. You don’t have to go out of the way to awaken thy self, you simply have to start paying attention to yourself nothing less, nothing more as a starter.

You can embrace these few simple ways to work on the mentioned three factors, and honestly it is real fun+productive in doing so!

1.       Opt for mindful conversations over gossips. Can’t exaggerate further, no offence but this has got to be essential for the ones who really want to grow in life.

2.       Connect with high vibing people often. People with higher vibes are like catalyst to help you raise your spirits and this is directly related to the state of mind which will ultimately push you to achieve higher goals in life.

3.       Cleanse your circle. If your circle knowingly or unknowingly brings your energies down almost every damn time, it’s obvious and prudent (and definitely not selfish) to keep a safe distance.

4.       Explore your creative mind. Now that you’re left with more time, identify your creative skills, explore it, use it. Do your worst dance, try drawing that childhood’s house and mountain scenery, write a sarcastic meme, sing in your bathroom, you never know what you are good at until you try and laugh at yourself to begin with!

5.       Spend a considerable time with yourself and nature. The people who master being solo don’t rely as much on anyone for emotional needs and hence have better control over emotions and thought process. And that is a big power in itself. Being with nature often is the fuel to that fire. I would call it the Bahubali factor for building instinctive power 😛

6.       Yoga and meditation. This has to be an expected solution for most of our problems, so imagine the mammoth power it must be giving. As I mentioned in my older blog (Path to Adiyogi), the last enemy you want is yourself. It will ignite a flame in you and drive you towards peace and ultimate intelligence.

According to me, these can happily be worked on and have guaranteed increase in frequency of getting instincts. This is such a beautiful world and we have it filled it with chaos. The only voice you should rely on is your own. I am sharing some product links to help you get there! I would love to know if you begin working on this and listen to your instinct stories

There are also a lot of books you can find here; I am sharing some highly reviewed ones: 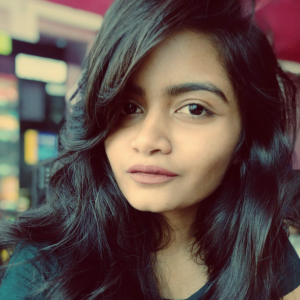 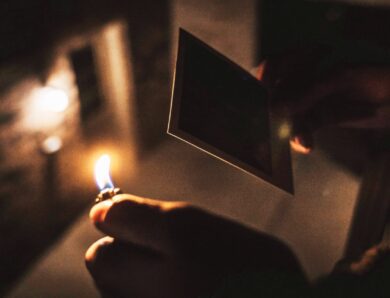 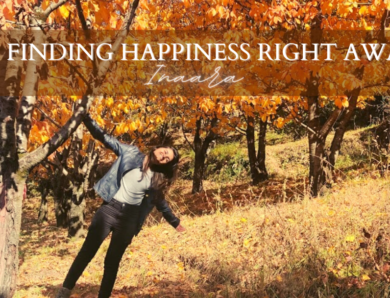 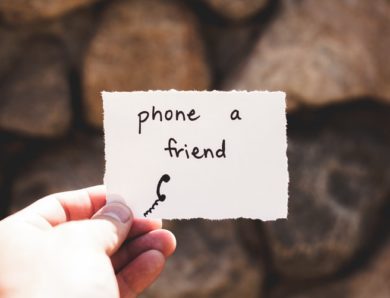 Why didn’t he speak up?